A Moral Technology: Electrification as Political Ritual in New Delhi is about the cultural politics of electrification in India’s capital city, and the role of technological infrastructures in shaping political imaginations in India–imaginations of the state, and also at a local level, of urban interdependence and solidarity. Drawing on both historical and ethnographic case-studies, this book examines colonial electrical installations in Delhi, post-independence constitutional debates and legislation for nationwide electrification, and electricity privatization and neighborhood political organization in the early 2000s. Overall, it offers a historical anthropology of the urban grid in Delhi and a study of debates over technology and society in India, including Gandhi’s deeply moral critiques of technology, constitutional concerns about novel distributions of power, and the contemporary embrace of technology as a pathway to prosperity. Click here for the publisher’s page about the book.

Blurbs from the book’s back cover:

“Leo Coleman persuasively argues that the ideological burden and meaning of electricity inform its physical distribution while demonstrating how political associations, relationships, and networks are imagined, cast, and reconfigured through the distribution of electricity.”
—Ritika Prasad, author of Tracks of Change

“A Moral Technology draws valuable attention to new capacities afforded by technology. Audacious in its conceptual sweep, this book has much to offer to scholars of anthropology and technology”
—Ravi Sundaram, author of Pirate Modernity

“An electrifying read! Leo Coleman lays out the political, social, and moral stakes of electrification enacted as a technological ritual for nation building like no other ethnography of infrastructure to date.”
—Christina Schwenkel, author of The American War in Contemporary Vietnam 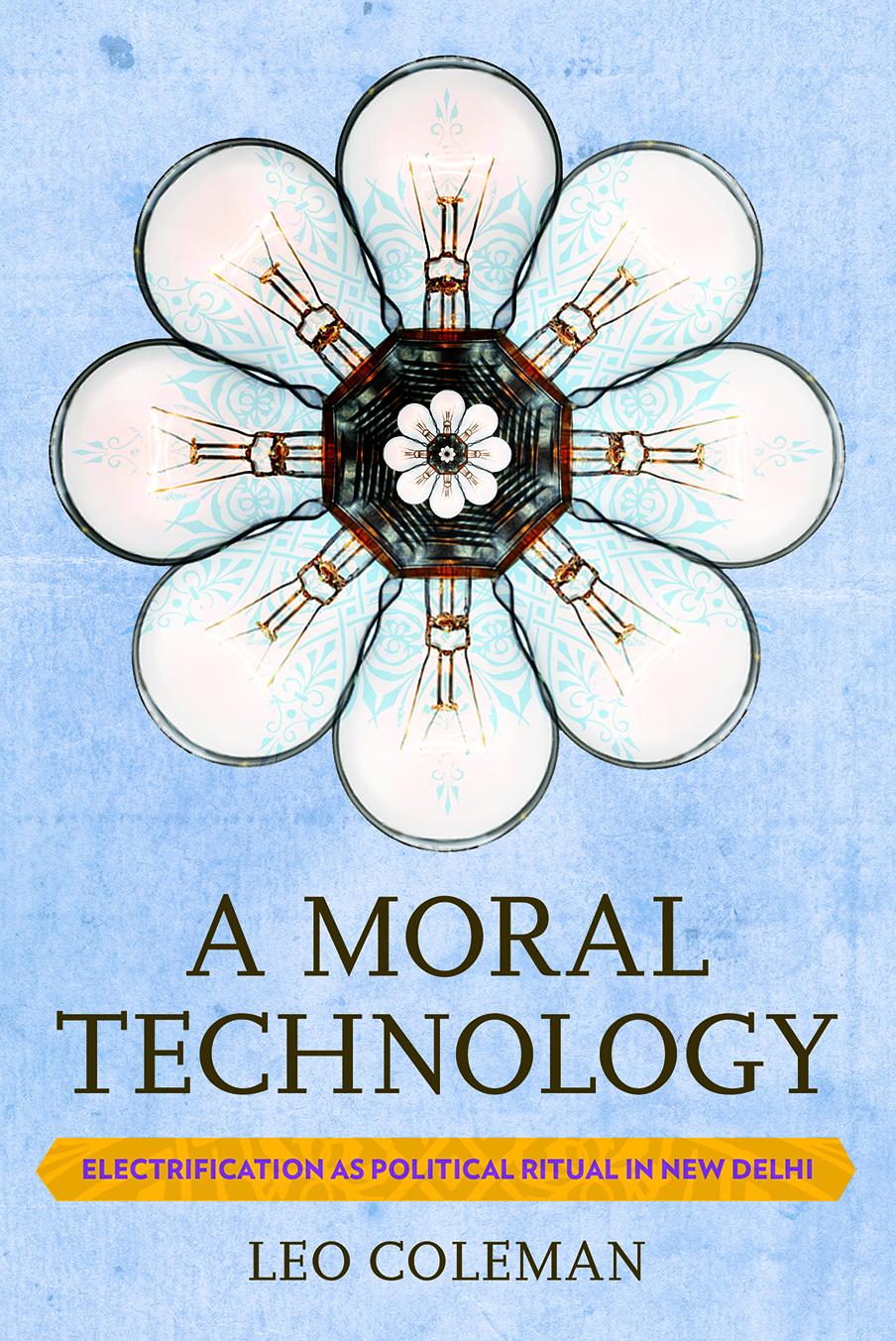